We arrived in Guatemala City around 9:30 p.m. on October 15, and at 8:00 a.m. the next morning, were picked up by a private van driver and shared the van ride with another cruiser from Monkey Bay Marina. We were so glad to be back on Damiana about 6 hours later! She was in great shape, no mildew, outside had been washed by Efreim, the very capable helper at the marina.

A few days later we left the slip and took Damiana up to Abel's boatyard to have some bottom work done. Our rudders needed a minor repair, as did our keels which had been scraped by a submerged "whatever" in the ICW in May, causing the boat to do an "about face" in a split second. After the repairs, Abel and his crew put on 2 coats of primer and 2 coats of bottom paint. All the work took 8 days and we tried out 3 different hotels, the last one being the best. We ate breakfasts and dinners out at all the recommended eateries here in the Rio Dulce, and dinghied over to Monkey Bay at noon. Monkey Bay has a refrigerator where we kept bread and sandwich fixings along with yogurt and fruit. While there we played Mexican Train and Baja Rummy with several cruisers, helping to pass the time in a pleasant manner.

A few days after we were back in the water, Rob and Linda from Cat'n About came over to visit from Lake Atitlan where they had spent the summer volunteering at the hospital in Santiago. They were interested in checking out the Rio as a possible destination once they were back on their boat which was in El Salvador. We dinghied to all the marinas, ate out at a few places, played Baja Rummy (two 10,000 point games with each of the Joneses winning one -- we'll get 'em next time!).

The four of us traveled to Antigua for a few days, then to Santiago, Lake Atitlan. We really liked Antigua and hope one day to return for about a week to take Spanish lessons. Antigua is an ancient colonial city which served as the Spanish capitol of all of Central America. It is in a valley surrounded by volcanoes, one of which spewed plumes while we watched from the rooftop of our hotel -- very exciting! We were greatly impressed with the quality of the fabrics and artistic work found in the Mercado de Artisans and spent several hours admiring and shopping. The town is very walkable, all cobblestones though -- bring good walking shoes -- and there are numerous wonderful restaurants.

Lake Atitlan is breathtakingly beautiful, also surrounded by volcanoes, and not to be missed! A real high point was being able to visit with our good friend, Kathy, who has been volunteering at the hospital off and on for the past 2.5 years. Kathy took us on a walking tour of the village, and we were pleased to see how many locals warmly greeted her, running up and kissing and hugging her. As a nurse and nurse educator, she has made a valuable contribution to the well-being of many of the people living in Santiago. We spent only 2 nights there and then back to Antigua for another afternoon and night -- and then once again back to Damiana.

We've been back for just a few days and have had a chance to visit twice with Ron and Yen (Moonlight, Baja HaHa 2004) and are making plans to visit some of the Mayan ruins with them this coming week.

Happy Thanksgiving to all of our readers --- gobble gobble

Posted by Marlene and Roy's Adventures on Damiana: at 10:36 PM 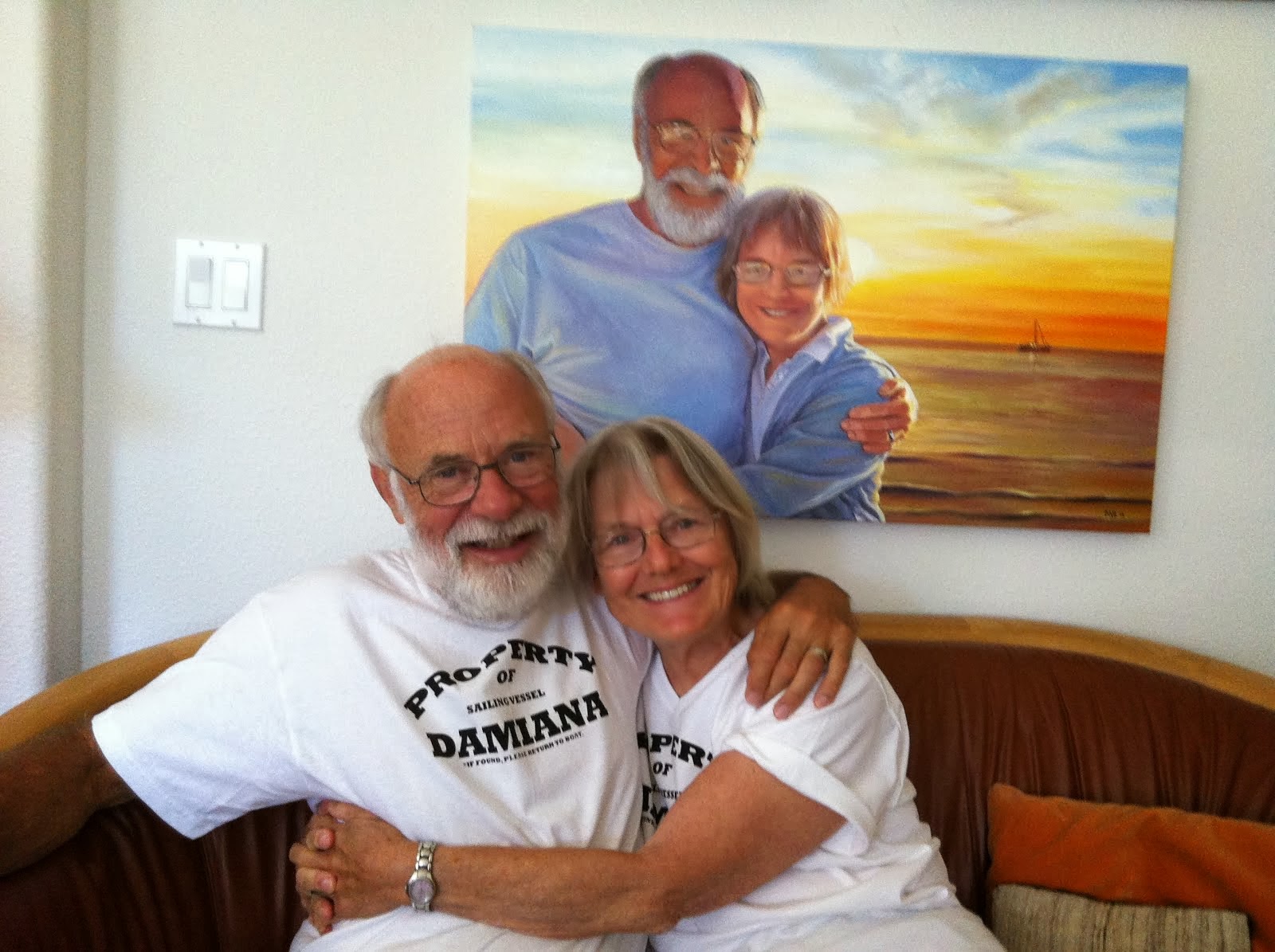